This article explains what recent European Court of Justice and Spanish Supreme Court judgements mean to consumers who paid too much in interest to their Spanish bank or mortgage provider due to Clausulas Suelo (Floor Clauses).

What have the courts said about Floor Clauses?

The Clausula Suelo (Floor Clause) is a clause included in many Spanish mortgage contracts that established the minimum interest paid by a borrower. The clause basically gave banks the right to charge a floor interest rate even if the EURIBOR rate (used by Spanish banks to calculate mortgage interest rates) dropped below it.

On December 21, 2016, a historic ruling of the ECJ declared these clauses null and void and called for compensation of the total of the money overcharged: Its ruling was retroactive which was something that the Spanish Supreme Court had refused to apply.

The Spanish Supreme Court had no choice but to change its doctrine to adapt to the ECJ ruling, which it did through a Judgment on February 24, 2017.

However, there was enough wiggle room in the Spanish judgement for many banks to argue that they didn’t have to pay court costs associated with recovering excess interest payments, even when the courts ruled in favour of a client.

This interpretation was cut short by the Judgment of the Supreme Court on July 4, 2017, which stated that banks must pay court costs because they were the cause of the consumer having to go to court in the first place.

In most subsequent court judgements, banks were found liable as the floor clauses are considered abusive and therefore null and void.

Until the recent judgement by the ECJ, Spanish banks and credit institutions had alleged that private agreements signed with consumers meant that floor clause agreements were valid.

However, correctly filed consumer Floor Clause claims are now guaranteed to be successful due to the numerous judgments and jurisprudence supporting consumer rights.

The last relevant Supreme Court judgement (from October 16, 2017) stated that floor clauses are null and void even if the consumer has signed an agreement with their bank.

As it stands, this is the current state of consumer rights affecting Floor Clauses in Spain and the Canary Islands:

What you need to go to court over a Floor Clause

Following the publication of Royal Decree-Law 1/2017, consumers can demand the return of Floor Clause monies owed by their bank using the forms provided by the bank itself, or by extrajudicial (out of court) claim prepared by the consumer or their lawyer.

The bank has three months to return the overpaid interest and legal interest on the amount or to reject your claim. If your claim is rejected by your bank, you can then start a court case.

To do so, all you need is your mortgage loan deed, the documents that prove that your bank imposed a Floor Clause and the papers to show that you tried to settle your claim amicably without success.

To make a claim you do need to hire a Lawyer and a Procurator. It is highly advisable to use a lawyer for all phases of your claim, even in the early extrajudicial phase, as they know the most effective way to recover Floor Clause money, and how to review a potential settlement offer from your bank.

Once your lawsuit is filed, resolution takes from 12 to 18 months unless there is an appeal which can stretch it out for more than three years.

Deadline to claim against a bank Floor Clause

The Supreme Court has established a four-year deadline for claims according to the Civil Code. This deadline starts from the end date of the mortgage contract signed with your bank, NOT from the date it was signed or the date you realised that you had a case.

This deadline was established in a February 19, 2018, ruling on mortgage swaps but applies to other products such as preferred, subordinated debt, Floor Clauses and convertible bonds.

Furthermore, many legal sources maintain that the four year limit cannot, in any case, apply to Floor Clauses because they have been declared abusive and therefore “their nullity is radical, full of right and, therefore, this nullity, nor the action to exercise it in the courts, is not subject to any statute of limitations”.

Note that this Supreme Court rulings applies to consumer mortgages and to mortgages taken out by professional or corporate borrowers not specifically involved in financial business (the sentence came about after a claim by a real estate developer with a six million euro mortgage from Santander).

Corporate and company mortgage holders should talk to a qualified specialist tax lawyer about their rights.

Taxation of the return of Floor Clause overpayments

A court order established that money returned after a successful Floor Clause claim against a bank is taxed at the same rate as money returned directly by the bank after an extrajudicial process.

As a general rule, taxpayers do not have to declare as income the amounts returned by the bank or any extra interest payments owed by the bank.

This was established by Royal Decree-Law 1/2017, of 20 January, on urgent measures to protect consumers in terms of Floor Clauses.

However, there are 2 exceptions:

Note that if the court orders your bank to pay your court costs, this money must be declared in your income statement as a Capital Gain.

Is it worth claiming for excess mortgage startup costs?

In December 2015, the Spanish Supreme Court declared clauses that forced consumers to pay all the expenses associated with taking out a mortgage as abusive and stated that they should be paid by the bank rather than the consumer.

However, in early 2018 and again in November 2018, the Court ruled that the tax on documented legal acts (ADJ), which represents the bulk of this excess, should be borne by the client

This decision will prevent a flood of claims, in contrast to what happened with the Floor Clauses since the amounts to be claimed are not high enough to make the process worthwhile (once ADJ is excluded).

Lawyers calculate that only claims from 2,000 euros upwards are profitable.

What papers must be presented to claim back excess mortgage costs?

To claim back mortgage formalization expenses, you need a copy of the mortgage loan deed and notary invoices, registry costs and gestoria fees.

Lawyers recommend making the first claim in an extrajudicial way. Submit a document requesting the return of the amounts, and keep a copy stamped by the bank. If you hear nothing after two months, you have to go to court with the help of a lawyer. You will need all the paperwork associated with your mortgage and the associated costs. 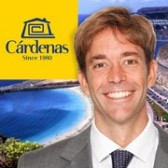 Compliments are always nice to receive especially when they come from people in the know. Leading on line travel experts Trip Advisor have just released their list of the top ten beaches in Spain and Gran Canaria has 3 entries. Playa del Ingles, Maspalomas, and Mogan have come up trumps due to their quality and…

In history Gran Canaria was always an impotant stop off point for world sailors, times have changes but it is still a thriving centre for sporting adventures. On 21 November the yachting world will look towards Las Palmas as the 2010 Atlantic Rally for Cruisers begins. The ARC is an annual event and this year…

Gran Canaria is putting it best foot forward and promoting itself as a second home destination across northern Europe with the logo “Invest & Enjoy Gran Canaria”. The island’s Chamber of Commerce and its best estate agencies, including Cárdenas of course, are uniting to advertise the island with one voice. The main message of Invest…

A Hidden beauty inland Nearly all visitors to our island will no doubt have visited many of the beautiful beaches and coastal areas in Gran Canaria but how many know about the hidden beauties inland? One of my favourite places on the island is “Barranco de Los Cernícalos” translated to “Ravine of the kestrels”. For…