Now that the United Kingdom of Great Britain has formally left the EU,  there are a number of rule changes for British nationals living in Spain, or visiting for long periods.

If you are a British citizens who lived legally in Spain before 1 January 2021, a lot of their existing rights are protected. Other rights remain but with additional conditions.

Your right to work remains equal to that of Spanish nationals and you do not require a work visa.

Your close family can still join you provided that your relationship predates 31 December 2020.

Your current green NIE card remains valid. The Canary Islands authorities are advising all British residents to update to a TIE photo-ID card.

Your access to healthcare remains the same as it was before BREXIT.  You are entitled to state healthcare and a Spanish issued TSE (EHIC) which you can use for short stays when travelling to the UK and within Europe.

As a UK national legally resident in Spain before 1 January 2021, you can continue to access Spanish university. Your non-Spanish education and professional qualifications need to be homologado by Spain before they are recognised.

As a British residents in Spain you should not use a UK-issued EHIC to access healthcare in Gran Canaria, unless you are a posted worker or student.

If you are a British resident in Gran Canaria and have a UK driving license, change it to a Spanish one before 30 June 2021.

As a UK citizen you can still vote in Spanish local elections once you have lived here for three years. Not that you have to reconfirm your registration on the electoral register for each election.

When you travel to another EU country from Spain your passport must be valid for the whole trip but does not need any additional validity. However, you are limited to 90 days in the EU (except Spain) within a rolling 180-day period.

As a UK state pensioner (S1 form holder) you will continue to access healthcare in the same way. S1 holders are entitled to a UK EHIC
for use when travelling in Europe – apply at nhs.uk/ehic.

Your UK state pension will be uprated every year for as long as you remain resident in Spain. If you work and paid into the Spanish system, declare
all periods of work in the UK, Spain and any other member state when applying for a pension or benefit.

If you are not working and do not claim a state pension, there are alternative ways to access healthcare in Spain.

As non-EU citizens, UK tax residents including property owners are restricted to spending 90 days out of a rolling 180 day period in Gran Canaria or elsewhere in the European Union. If you overstay this period without getting a Visa, you can be fined and/ or denied entry the next time you try and enter the EU.

UK citizens must now have six months validity left on their passport to travel to Spain and the Canary Islands.

However, there are several ways UK nationals can extend their stay in Gran Canaria and the EU beyond 90 days out of 180.

Those who want to spend more than 90 days in Gran Canaria without working can apply for a non-lucrative visa.

UK posted workers can still work temporarily in the EU and EEA and can access healthcare in Spain and the Canary Islands using an EHIC, GHIC or S1 form.

Details about many of the rules for British citizens in Gran Canaria are available from the UK in Spain website.

Tax implications of BREXIT for UK citizens in Gran Canaria

The double taxation agreement between Spain and the UK remains despite BREXIT. This protects residents national of either country from being taxed twice.  Income from capital gains and dividends, income tax for non-residents, company tax, personal income tax and estate tax are covered.

ITP property transfer tax remain unaffected by BREXIT. It is 6.5% for second hand property and 7% for new property for all property buyers in the Canary Islands.

Inheritance tax: A Spanish Supreme Court ruling in 2018 means that UK citizens, whether they are Spanish residents or not, will likely not have to pay an extra inheritance tax on the value of a Spanish property.

Rental tax: Tax on rental income, both holiday let and residential, will be increased from 19 to 24%, with no tax relief allowed.

Non-Resident Imputed Income Tax (NRIIT): This annual tax is increased from 19% to 24%. 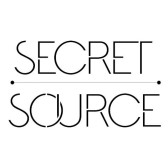 Flights from Copenhagen and Billund, Denmark and from Bucharest, Romania

Like a beacon of sunshine and beauty, Gran Canaria attracts visitors from all over the world, and now thanks to new initiatives from the tourism department, Denmark and Romania will be sending more holiday makers over. Normally flights from Denmark start their winter schedule from October but Cimber Sterling will be running new flights from…

Loma Verde, a clear winner for views and comfort.

Â What great timing, you’ve popped into our CardenasÂ blog site, just in time to secure a one bedroom apartment in Loma Verde, where the south west coast of Gran Canaria stretches out in a panoramic view from your spacious Arguineguin home. Roomy, single storey luxury awaits, in an enclosed development, where all the apartments…

For the last two weeks of February and the first two in March, carnival comes to south Gran Canaria. More than just fancy dress parties, it’s a celebration of music, rhythm and fun that everybody can enjoy. How To Join In Just come along to any event and do what the locals do. You don’t have to…