Why The Spanish Eat 12 Grapes At New Year

Everyone in Spain knows that eating 12 grapes as the clock chimes in the New Year brings good luck. But, where does the tradition come from?

In fact, it’s well over 100 years old and started in Madrid.

It’s thought that the city’s Bourgeoisie used to stay in their mansions and feast on grapes and champagne on New Year’s Eve. One year, maybe as long ago as 1882, a group of ordinary Madrileños decided to mock the by doing the same in Madrid’s main square. The gesture became an annual event and soon spread across Spain. It reached the Canary Islands by 1903.

Of course, there are other explanations for the habit. One is that Spanish grape farmers had a bumper harvest in 1909 and sold them by calling them ‘lucky’ grapes.

Whatever the true origin, eating 12 grapes is now one of Spain’s most popular and widespread traditions and it’s an easy one to join in with.

A year of good luck

To benefit from a year of good luck you have to do things the right way.

First, go somewhere where you can hear a clock chime down the last 12 seconds of the year. Traditionally, people listen to the Puerto del Sol clock in Madrid, but many people use their local church clock instead.

As soon as the clock starts to chime, you have to eat one grape per chime and swallow the lot before the New Year starts. Succeed, and you get 12 months of good luck.

If eating twelve grapes in 12 seconds sounds a bit daunting, look out for little tins of seedless and skinless grapes in supermarkets. They are small and soft and much easier to eat quickly than fresh grapes.

Where to eat your 12 grapes in Gran Canaria

Many Spanish people eat their grapes at home with their family and use a television broadcast to listen to the chimes.

Others head to public squares and eat their grapes to the sound of the local clock. To find out where people gather in your local area, just ask any Canarian. 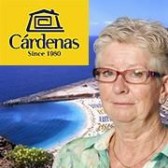 Gran Canaria is such a beautiful island, it’s good to invite as many people as possible to see for themselves. The new winter schedule for low cost airline Â Ryanair does just that with 16 new routes. The UK is well served by the new schedule, but it also opens up several other European countries,…

We have a new shopping centre in Arguineguín with more than 1.200 mÂ² shopping area and 200 parking spaces. The shopping centre has shops as Natura, Burbujita, Springfield, Women’s secret among many others and of course the supermarket Supercor from El Corte Inglàs. Arguineguín and the whole municipality of Mogan has now more to offer…

Reduction of the VAT for the purchase of new building properties

The Canarian Government has decided to reduce the VAT Tax (Impuesto General Indirecto, IGIC) from 5% to 2,75% for the purchase of new building properties up to 150.0000 Euros to be used as main residence. We trust this measure will help to pusth the market of main residence, quite stagnant because of lack of bank…